Reggie and Jennette Stoltzfus started Dutchcraft Truss & Components in 2005 in a 1200 square foot garage. They quickly built a strong base of customers, navigated the prolonged recession, and eventually expanded on their original industrial facility to make it a little over 12,000 square feet. 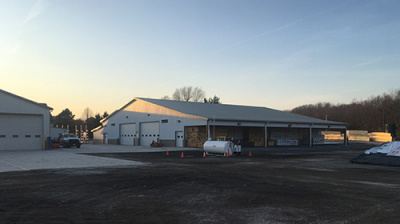 “Business has been really good in recent years,” says Reggie Stoltzfus, owner and president of Dutchcraft Truss. “We’ve been wanting to expand for a while because we’ve outgrown our capacity.”  This week, the company is finalizing the addition of almost 10,000 additional square feet of production area in the form of a second building.  “We splitting our cutting and batching from the our manufacturing lines,” says Reggie. “This will allow our material flow to be a lot more efficient.”

The new building will have a 90-foot. production line, which will be able to better accommodate the long-span trusses that make up a good part of their business. “About 50 percent of what we do is long-spans for post-frame applications in our market; the other 50 percent is a mixture of single-family and multi-family buildings,” says Reggie. 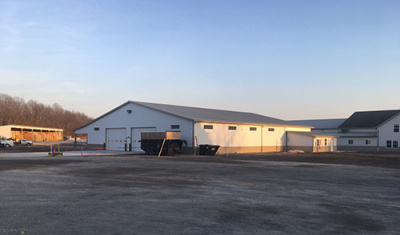 With the electricity being turned on this week, Reggie says everyone is looking forward to having a bit more breathing room. “Everyone was kind of on top of each other. We were forced to add an afternoon shift a few years ago during peak times of the year to increase capacity, but those workers always came and went,” says Reggie. “Now we can keep everything within one shift and retain those workers year-round.”

In addition to managing an expanding business, Reggie was recently re-elected to his second term as a member of the Ohio House of Representatives. “This year I was appointed to the House Finance Committee. The appointment coincides with our biennial budget process, so I get to see where all the state’s money goes,” says Reggie. Watching it first-hand, Reggie says it’s easy to see how government wants to continually grow as every agency wants to hire more people and add more programs. “I’m working hard to make sure it doesn’t expand without good reason,” says Reggie.

If you’d like to learn more about Reggie’s business philosophy and perspectives running a business while also legislating, listen to his podcast, “Stoltzfus Shares How to Be an Advocate for Your Company.”

Posted on March 15, 2021 in Most Popular Articles, Press Releases