Study Reveals When Jobsite Workers Most Often to Be Hurt

By looking at the timing of injuries, the hope is that companies will be able to reduce their number which in the construction industry is especially high. 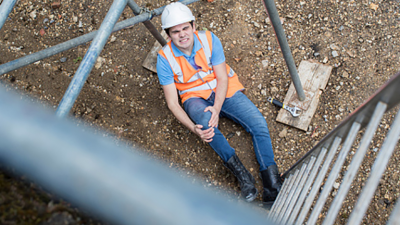 A study released by Oregon State University on Feb. 10, 2021, found that it’s during the first four hours of their shift workers are most likely to suffer traumatic injuries.  And those working the night shift suffer more severe injuries than those working the day shift.

The study is one of the first to analyze workers' compensation injury claims data by the hour of work. "I really hope that people could learn from this and realize that the chance of getting injured or getting more severe injuries are related to the hours of your work,” said lead author Liu Yang, a recent doctoral graduate in OSU’s College of Public Health and Human Sciences, in a statement.

The study, which appears in the Journal of Occupational Health, looked at 12,222 workers’ compensation claims from the Oregon construction industry from 2007-2013 that was accepted by insurers as disabling. “Disabling” claims were defined as work-related injury or illness caused the worker to miss at least three days of work, or the injury required overnight hospitalization or could result in permanent disability or death.

Common injuries in construction include falls; work-related musculoskeletal disorders including joint inflammation, tendonitis and pinched nerves; and wounds sustained after being struck by objects.

The overall disabling claims rate decreased significantly from 2007 to 2013, but construction is still one of the most dangerous industries for injury claims, and Oregon fares worse than other states. Census data shows that Oregon’s non-fatal work-related injury and illness rate in the construction industry was 1.6 times higher than the national rate in 2017.

According to the OSU study, nearly 80% of injuries occurred among workers ages 25-54, though older workers incurred much higher medical costs and missed more workdays when they were injured. Overall, the average medical compensation awarded per injury was $12,000 and the average loss of work was 80.5 days.

During the workday, workers were most likely to sustain an injury during the fourth hour of work. The hourly injury rate decreased after that but increased slightly at the end of an eight-hour shift.

While injuries were less frequent after the fourth hour of work, injuries that were reported at that time tended to be more severe. Based on the data, Yang speculated that most construction workers take a mid-shift rest or meal break and experience some restorative benefits, but if they are unable to, they may risk a more severe injury.

The study also looked at injuries among workers who start after 6 p.m. and work evening or night shifts. It was a small sample, as only a few subsectors of construction work at night, but evening and night shift workers suffered more frequent and more severe injuries than day shift workers.

Young workers aged 16-24 were also a vulnerable population, experiencing the highest rates of injury. Yang is working with the Oregon Health Authority to look more closely at the risk factors among young workers in hopes they might pinpoint specific safety measures to help avoid injury on the job.

Two interventions that could help are increased workplace supervision and work organization, which takes into consideration hours of work, and strict enforcement of mandatory rest breaks and meal breaks, Yang said.

“In Oregon, we have regulations about breaks; however, it is unclear what workers experience in practice,” she said. “The construction industry is fast-paced; they may need to finish their task at a certain time, so they may not really take their rest and meal breaks as required.”