It is an understatement to say a lot has happened over the past decade in our industry. In 2004, we were Revvin’ Up the Components Industry with a little over 1.9 million housing starts (see above right). Little did anyone know, the housing market would top out at 2.1 million housing starts the very next year. When BCMC returned to Charlotte in 2010 (see above left), housing starts had spent their second year under an unimaginably low total of 600,000. This year, we return to Charlotte, Standing Strong and Gearing Up for Growth, experiencing our first year over one million starts since 2007. Will we see you in our photos of BCMC 2014? 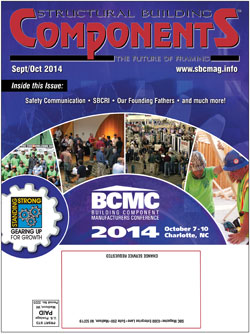