Now more than ever, employers need to make sure they are doing things properly with regard to their defined contribution retirement plan fiduciary responsibility.

The “defined contribution retirement plan,” of which the 401k is an example, has become the primary tool used by employees to save for their retirement. As of April 2014, there were 638,390 defined contribution plans in the U.S., covering more than 88 million participants with almost $4 trillion in assets. Almost 80 percent of full-time workers have access to employer-sponsored plans, and approximately 80 percent of those employees participate in a plan.

Because of the prevalence of these plans, and the issues employers had in mishandling employee funds in the late 1990s and early 2000s, the U.S. government instituted new laws regarding the fiduciary responsibility and transparency requirements employers have in dealing with employee retirement plan funds. The Pension Protection Act of 2006 layered in new regulations incrementally through 2012, and the Dodd-Frank Act of 2010 went even further with new rules on proper disclosure of pension plan fees and expenses.

Through these two major statutes, a number of changes have been evident in the marketplace that should cause every employer a moment’s pause: plan audits have increased by more than 25 percent in the past few years; 1,000 new enforcement agents have been hired in the past year; three out of four audits result in a fine or penalty, or both; and, the average fine has increased in recent years by $150,000 to $600,000. Further, in years 2010-2013, an average of 80-100 individuals were indicted each year for offenses related to plans. As a result, in the 2013 audit year, 3,566 audits were performed, and more than $2.7 billion in fines and penalties were levied.

Now more than ever, employers need to make sure they are doing things properly with regard to their defined contribution retirement plan fiduciary responsibility. Given the trends outlined above, many firms have chosen to outsource the fiduciary responsibility associated with corporate retirement plans. One way that this can be done is to participate in a Multiple Employer Plan (MEP). The MEP is a government-approved method by which a group, a trade association like SBCA for example, can put together a single plan that covers its association members. By purchasing plan services together, lower plan pricing is available, and fiduciary responsibilities can be shifted to a professional services company hired by the MEP.

Under this scenario, the MEP is a normal 401k retirement plan that simply lumps assets and plan services together into one very large plan with many participants. Companies can adopt the association plan and still have choices as to matching thresholds and employee eligibility, as well as other plan provisions. An additional advantage is that the plan sponsor is an independent, outsourced group and not the individual employer. This places fiduciary responsibility on the independent group for plan performance and administration and shifts it away from the employer. This allows the employer to run their business and not have to manage a 401k retirement plan on a daily basis.

The investment fund allocations can also be managed by the independent group, to make sure the selection and de-selection of fund allocations is performed by professionals based on quantitative and qualitative measurements on a consistent basis. This is a task seldom done consistently and objectively by most plan sponsors (employers) in stand-alone plans, nor is it something they should be expected to do well because it is not part of their core business.

Another key component within a MEP is employee communication and education. In most cases, required employee communication regarding plan funds is not done systematically by employers. Whereas with a MEP, the independent group managing the plan agrees to take on these tasks and accept fiduciary responsibility for them, alleviating the employer of many of the headaches that typically cause fiduciary breaches for which the Department of Labor and IRS issue citations. Further, because the plan has combined buying power, the services cost less than a stand-alone employer provider would have to pay.

There is still a fiduciary role in choosing a MEP, but it doesn’t differ greatly from the role the employer has in adopting their own, independent plan. All things considered, this option is a very good one that allows an employer to focus on the fundamentals of their business while still providing a high-tech easy-to-understand and affordable retirement plan option to their employees.

Buck is the Managing Partner of ECM Group, LLC, and has been in the insurance/investment industry for 32 years, with an emphasis in executive/employee benefits for 25+ years. 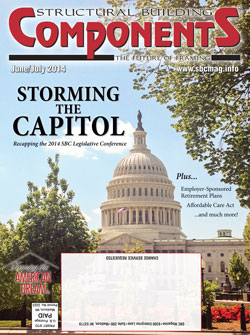